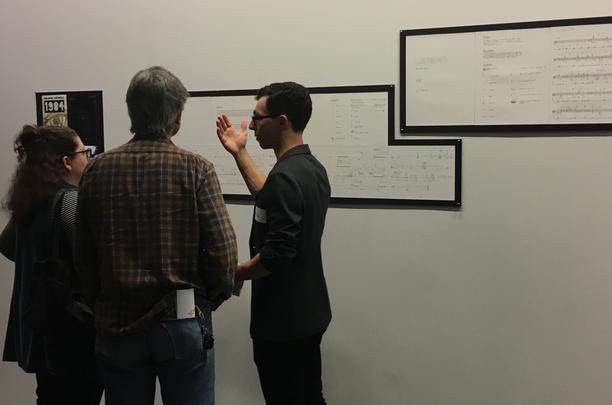 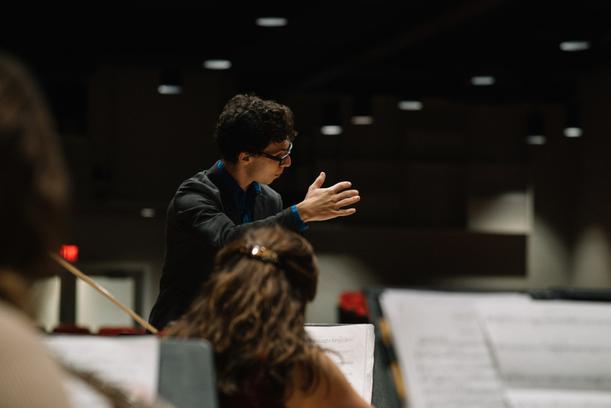 American composer Jay Rauch’s music has been performed both in the United States and internationally. His works have been read and performed by members of the JACK Quartet, the Arditti Quartet, the American Modern Ensemble, Sound Icon, and ICE (International Contemporary Ensemble). In 2014-16 he was selected for the New Music On the Point contemporary chamber music program and in 2016 he attended the Cortona Sessions for New Music in Cortona, Italy, as a composition fellow. There, his work Koan was premiered and he received a commission sponsored by the International Foundation for Contemporary Music. He has participated in lessons and masterclasses with numerous composers, including Joshua Fineberg, Alex Mincek, Michael Gandolfi, Richard Cornell, Fred Lerdahl, Rodney Lister, Philippe Leroux, Beat Furrer, Pierluigi Billone, Marcos Balter, Missy Mazzoli, Chris Cerrone, Robert Morris, and Amy Williams. Jay served as conductor of Boston University’s contemporary ensemble, Time’s Arrow, through which he had the privilege of collaborating with composers such as Michael Finnissy, Nico Muhly, and Philip Grange. From 2015 – 2018 Jay worked as music librarian and bassoonist for the Chelsea Music Festival.  Jay was a founding member of the Boston University Laptop Orchestra and was named the 2017-18 Presser Scholar at Boston University.

Jay began his musical studies on piano at the age of five. This was soon followed by a plethora of other instruments including West African drums, drum set, clarinet and several saxophones. At thirteen he picked up his primary instrument, bassoon, which he studied through high school with Boston-based bassoonist, Judith Bedford. Jay toured with New England Conservatory’s Youth Philharmonic with conductors Hugh Wolff and David Loebel. In high school he began formally studying composition with Rodney Lister, during which time he had works premiered by several ensembles, among them New England Conservatory's Youth Symphony Orchestra and Junior Repertory Orchestra. In high school he started conducting lessons with choral conductor, David Hodgkins.

Jay Holds a Bachelor's of Music, magna cum laude, in composition and theory from Boston University where he remains the youngest student to be taken on by Spectralist composer, Joshua Fineberg. At Boston University, he also studied composition with Alex Mincek, Michael Gandolfi, and Richard Cornell. He has continued studying bassoon with Boston Ballet bassoonist, Ronald Haroutunian. In college Jay began studying conducting privately with Ken-David Masur, Assistant Conductor of the Boston Symphony Orchestra and principal guest conductor of the Munich Symphony. In September of 2o19 Jay will begin his master's in composition at the University of Washington, Seattle. It is his goal, through composition in conjunction with scholarship and activism, to be a strong advocate for living composers.

In his limited free time Jay plays club ultimate frisbee, cooks for his friends and reads historical and science fiction novels. He lives in the greater Boston area, and wishes his landlord allowed dogs.